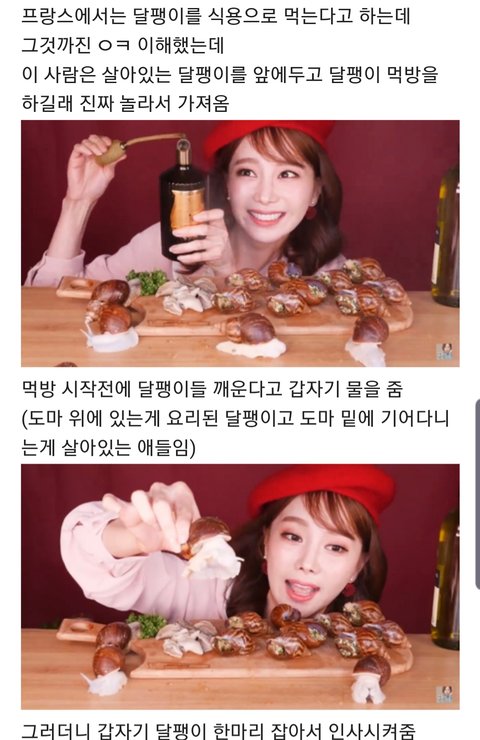 Before starting her mukbang, she said that she will wake the escargots up and suddenly gave them water (the ones on the cutting board have been cooked and the ones around it are alive) 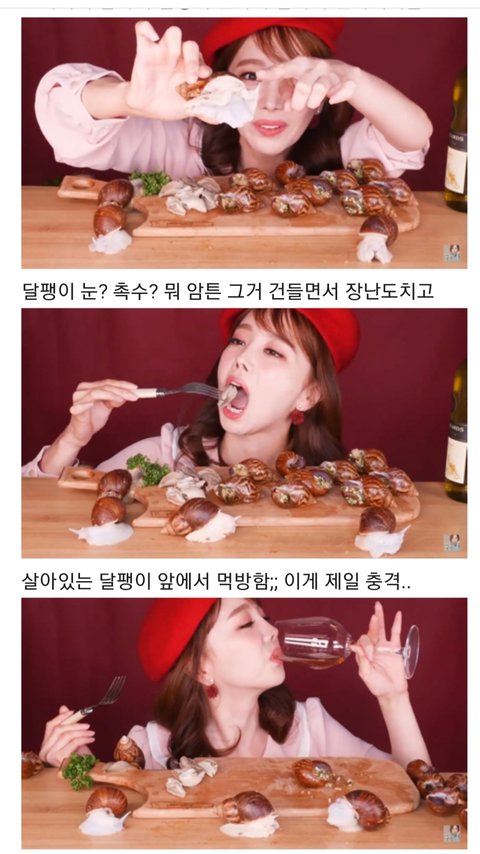 "Then she took the escargot's eyes? Or tentacles? Anyways, she kept touching it and joking around

And she started her bukbang in front of the living escargots;; that was the most shocking part..." 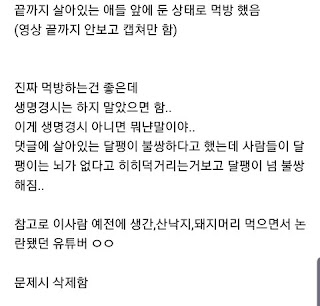 Seriously, I like that she's doing a mukbang
but I hope that she doesn't take lives for granted..
If that's not taking life for granted then what should it be..
The comments also mention how the living escargots are pitiful
Seeing how people are saying how escargots don't have brains and seeing them laugh and giggle about it really makes me pity the animals..

2. [+27, 0]
Seeing the views on her video, she doesn't match up to your other typical mukbangs so that's why she resorts to these provocative contents..

3. [+11, 0]
If you write posts like these, her views will go up just like she planned and she'll get to earn her money. So don't write these posts

4. [+7, 0]
There are too many attention seeking YouTubers