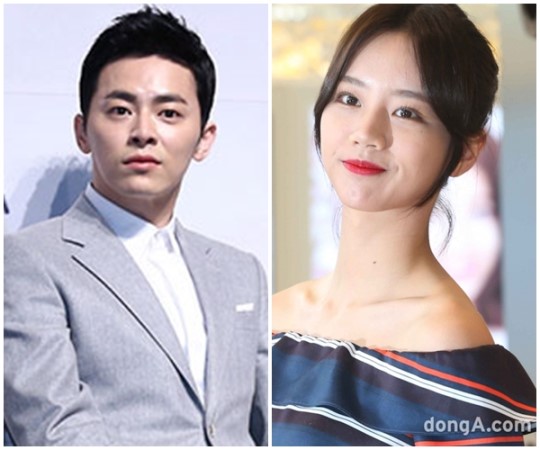 Sports Dong A via Naver:  Jo Jung Seok confirmed for Two Cops... Hyeri is under discussion, not yet confirmed

'Two Cops' is a romantic/fantasy/police drama about a troublemaker swindler cop who ends up entering the body of a righteous cop. Jo Jung Seok will be playing Cha Dong Tak, a detective from the violent crimes unit. Hyeri is offered the role of a sassy and beautiful reporter Song Ji Ahn. Two Cops will premiere in November on MBC.

4. [+1,624, -182] I highly recommend Chun Woo Hee!!!! By the way, it makes me sad how Jo Jung Seok keeps taking on these swindler/troublemaker roles ㅠㅠ It fits him though

7. [+452, -33] Can't believe they're choosing Hyeri to play the role of a reporter when her vocalization needs work.... Plus she can't act. People were fooled by her acting in Reply but it's only because she was well-suited for the role. I guess she just got lucky. Notice how awkward her acting and vocalization were as adult Deoksun. Just stacking up your filmography doesn't make you an actor