[naver] YANG HYUNSUK RESIGNS DUE TO "DAMAGE" ANNOUNCEMENT IN A SENSE OF RESPONSIBILITY. NEW START FROM ENTIRE YG 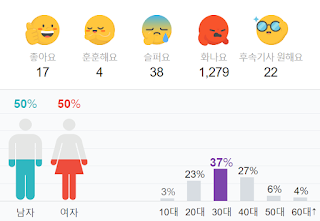 originalp ost: here
1. [+2,358, -36]
"Leaving all duties and responsibilities behind"... And his brother is also a rep in the company, what's the point? (t/n: article was released before his brother also announced his leave)
2. [+2,018, -50]
If you're really going to quit, dismember all YG and let all the celebrities and employees who have committed no crimes off their contract for free. This is a real resignation. What's the difference between you as an executive or the YG that still exists because you found it, what's the difference between the past and the future?
3. [+984, -19]
If you're going to leave all your responsibilities behind, go get investigated
4. [+821, -15]
Look at that sh*tty journalist trying to make sh*t look goodㅋㅋㅋㅋㅋㅋㅋㅋ
5. [+404, -22]
Your brother tooㅋㅋ  That's it, YG has failed
[theqoo] YANG MINSUK'S DEPARTURE LETTER
YG Family Folks.
I am sorry to all of you who have given me strength even in the recent difficult environment.
Since the beginning of the year, I have been overwhelmed by the anxieties and anxieties you may have felt due to constant and exciting issues.
Yang Hyun Suk, General Manager, and I have been immersed in music activities and management for the company, enduring all kinds of speculations in the meantime with the belief that the truth will surely be revealed.
But now, I have come to the thought that it is hard to overcome with endurance and endurance anymore by seeing various situations which keeps artists who are not related to the recent issues constantly difficult.
A big change is needed to solve the current difficulties and to create a new breakthrough of growth. I also think that my position is necessary for Yang Hyun Suk to make a decision to release all responsibilities without misunderstanding. In this situation, I decided to resign as the CEO of YG Entertainment, which I have been holding for a long time after deliberation.
At the 23rd anniversary ceremony of the foundation, I have already told you that in order to overcome the present difficulties, we must change ourselves first of all. I hope that my decision will be the beginning of a big new positive change.
Thank you.
original post: here
1. R*tard
2. "Speculations"? That's funny ㅋㅋㅋㅋㅋㅋㅋㅋㅋㅋㅋㅋ
3. ??? So he's basically saying nothing is their fault, but they have been anxious all this time, where's the nuance??ㅋㅋㅋㅋ
4. Did the same lawyer wrote for him?ㅋㅋㅋㅋㅋ  If not, go get f*cking investigated
5. They already took all the money they could make with them
6. The stocks have been dropping so sharply
7. The shareholders must be going crazy right now
8. Are you serious..?
9. F*ck ㅋㅋㅋㅋㅋㅋㅋㅋㅋㅋ
10. Why is he making the nuance with the anxiety issues? Are you trying to act like the victim?