"Even though he was an accomplice... They didn't investigate''

Police report on A:
Suspect A was summoned for investigation in August 22nd 2016, where she had 2 hearings of investigation.
At that time she gave a complete testimony about the accomplice (Kim Hanbin, artist in YG entertainment).. (t/n: that she supplied the drugs)

Although the police knew B.I's drug situation, they didn't investigate

Kim XX (in the investigation room): Regarding the things related to Kim Hanbin (B.I), we didn't really focused on him. I can't remember why either

A changed her statement 8 days after her original statement saying she never supplied drugs to B.I

Police: Why did you change your statement?
A: I can't tell you, I don't want to talk about past things

The police decided to conclude their investigation on B.I

Yang Hyunsuk persuaded her to change her statement... designates her lawyer

"Yang CEO induced me to change statement... He even appointed me a lawyer"

It's a fact that at that time, Yang Hyunsuk has coerced her to change her statement, and he directly chose a lawyer and it was even confirmed that he eased the investigation

A came out with the lawyer and changed the statement saying "I never supplied drugs to B.I"

Choi XX: The lawyer was wrong. He was so wrong. This person participated in every step of the investigation. He went over the limit to defend him

Choi XX: A walked in so brazenly. She just looked unnatural, her gestures, it was so clear. The first thing she told me was "I'm so sorry mr. detective"

Lee XX: We knew it obviously, that lawyer must keep their secrets, so she said "I can't say anything to you". I asked "You don't know Yang Hyunsuk?" and she told me "Get out!" and left

1. YG was supposed to be taking him in (regrets) 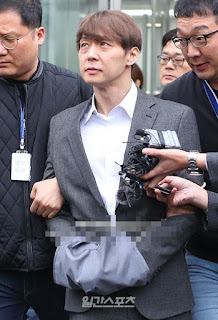 2. Just seeing how the police went "ok we get it" and ended the investigationㅋㅋ Too hilariousㅋㅋ

5. Wow the drug store is rooted in crimes

6. YG is the nest of crimes

7. Wow seriously where is the end of Yang Hyunsuk ㅋㅋㅋㅋㅋㅋ

10. They're connected to Choi Soonsil so what do you expect